City Group Stay Amsterdam is the ultimate group accommodation for Amsterdam and its environs. Perfect for an inspiring business meeting, lifestyle retreat, adapted holiday or stay with family and friends. Your local host is the person to turn to when it comes to finding out about the best activities and workshops available. With Arjan, who is here to help you with literally anything, you will be guaranteed an unforgettable stay.

Every second counts. His full focus will be on you, and the rest will follow. All with one goal: ‘Creating Lifetime Moments’. Being together in outstanding accommodation close to Amsterdam. 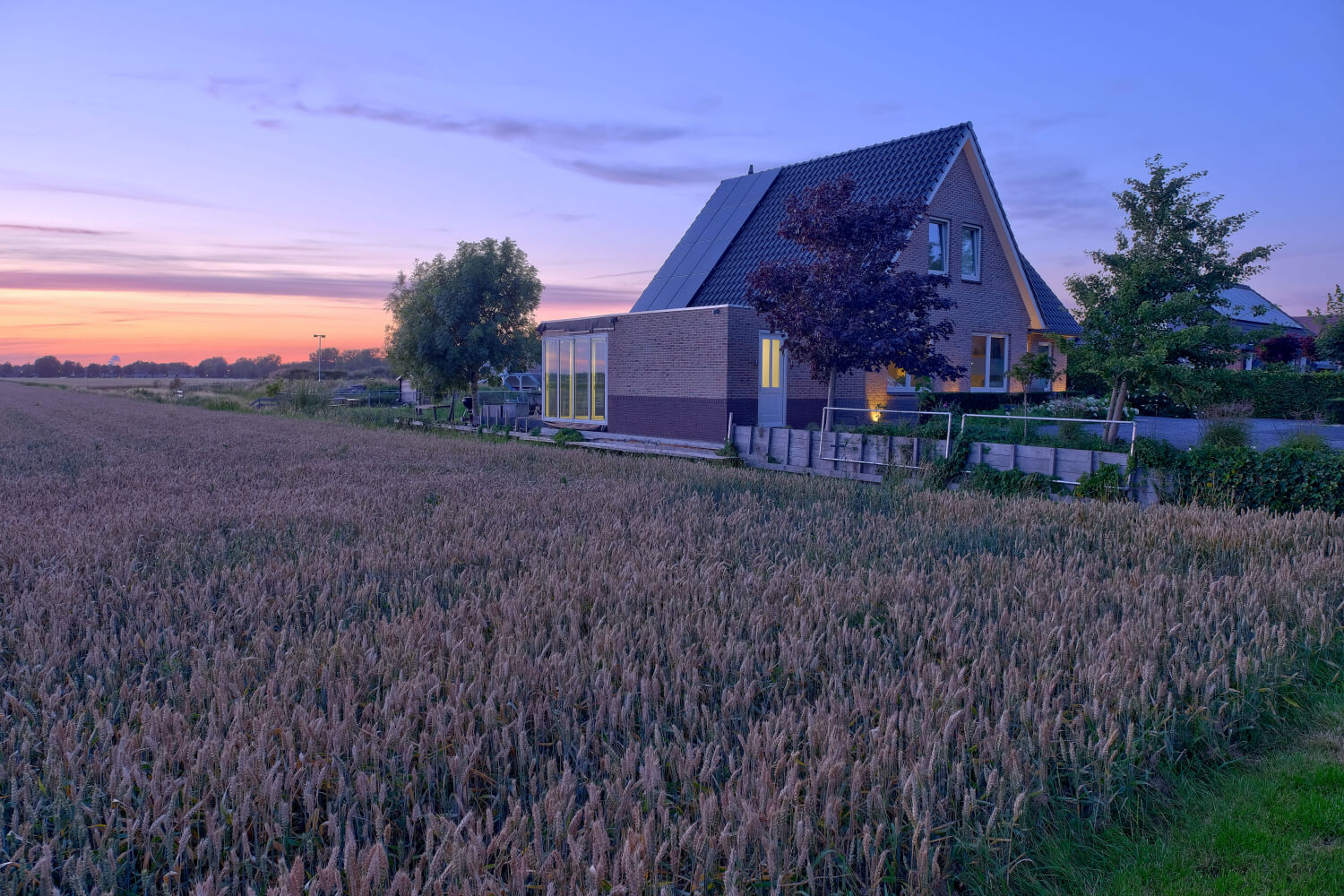 Before the luxury group accommodation was built in 2009, the site was occupied by a former labourer’s cottage from 1879. Arjan van Beem’s great-grandfather, Kors van Beem, a farmer from Amsterdam, bought a large parcel of land in the municipality of Haarlemmermeer in 1901 and began a business in cattle-raising and arable farming. His son Gerrit van Beem continued the farm, eventually converting it fully to arable activities. And that arable farming is still going on here today. The accommodation even offers views of these farmlands, which have been passed down from generation to generation.

In addition to arable farming, Gerrit van Beem was an alderman for the municipality of Haarlemmermeer. He played an important role in the laying out of the then Hoofddorp Forest, which is now called the Haarlemmermeer Forest. He was even awarded a royal honour. Now that’s something to be proud of!

Treating the Earth with respect and practising corporate social responsibility are key core business values for Arjan. This is reflected in the accommodation’s sustainable construction and City Group Stay’s efforts to be socially responsible in the local community. This is why City Group Stay strives to work with local enterprises whenever possible.

The accommodation exudes this rich family history and the pleasures of life in the country. Do you feel tempted to visit soon and enjoy the sun setting over the farmland? Arjan van Beem would be pleased to tell you more about his family’s history. He would love to help you share in his love of this wonderful, peaceful location.

Kors van Beem and Cornelia Vlug, who are married, are the greatgrandparents of (host) Arjan van Beem.

Kors and Cornelia van Beem left Amsterdam Sloten and settled on the IJweg in the municipality of Haarlemmermeer. They began to raise cattle and started arable farm, called ‘Ruimzicht’. Kors and Cornelia are the great-grandparents of host Arjan van Beem.

Kors and Cornelia have four sons and six daughters together. Gerrit van Beem is one of their sons, who was born on the ‘Ruimzicht’ farm.

Gerrit van Beem married Ambrozina Gijzenberg, and together they have five children: two sons and three daughters. Gerrit and Ambrozina are the grandparents of (host) Arjan van Beem.

Gerrit van Beem continued his parents’ business; he is gradually making the transition to fully arable farming. In the photo, you can see Gerrit making hay with his children Leen, Koos, and Ineke.

Gerrit’s brother was an alderman in the municipality of Haarlemmermeer. After his death, Gerrit was asked to take his place.

Leen, Koos, Nely, Ankie and Ineke had to miss their mother at a young age. Ambrozina died on March 14th, 1965. The eldest daughter, Nely, quit her job and took over the household.

Leen van Beem and his wife Ineke took over the ‘Ruimzicht’ farm and continue arable farming. Leen and Ineke are the aunt and uncle of (host) Arjan van Beem.

Gerko van Beem, the son of Koos and Lily, took over the family business and transformed the company into ‘luxury outdoor living’. You will find ‘Van Beem Buitenleven’ next to the group accommodation. Gerko is the brother of (host) Arjan van Beem.

Thanks to his parents, Koos and Lily van Beem, Arjan is building a luxury group accommodation on the plot where his great-grandfather farmed. The architect has designed the accommodation in such a way that it is suitable for room rental.

The group accommodation is mainly used for group stays, like business meetings and (adaptive) holidays. You can taste the rich family history and the wonderful outdoor life in the accommodation. That is greatly appreciated, and reinforced by the corona crisis.

The room rental as it occurs today is in fact no different from that which has taken place here since 1901. With the understanding that the guests now come for relaxation and rest, instead of going to work on the land.